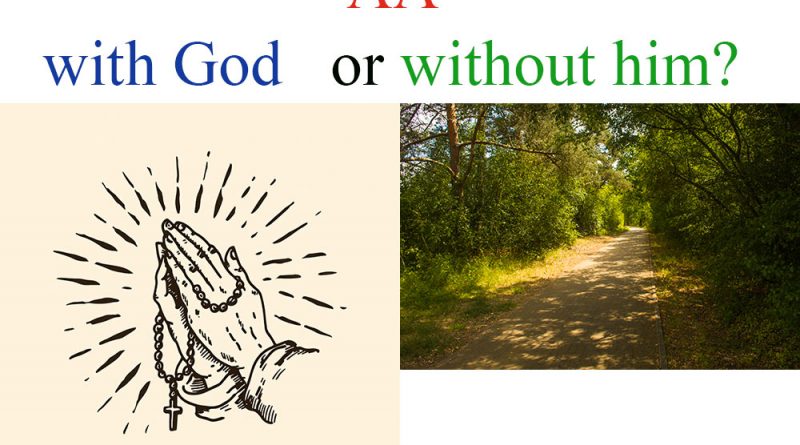 AA with God or without him? „All people must necessarily rally to the call of their own particular convictions and we of AA are no exception,” said Bill Wilson. One of my strong convictions is agnosticism, the belief that nobody knows or can know of the existence or nature of God. So I lack the religious faith that so many people told me was essential to thrive in AA. But after 14 years I’m still involved in our movement: I go to three meetings a week and am a volunteer for the AA telephone helpline in London.

Although I’ve lived in London for many years, I grew up mostly in Liverpool in the northwest of England, a city unusual for its high number of Catholics – many, like me, of Irish descent. (My best friend as a teenager was Anglo-Polish, and there were also many Poles in the city.) I was an altar boy, a choirboy at the Catholic cathedral and around the age of 17 was being considered by my Jesuit educators as a potential priest. I had what I thought was a deep faith and I sincerely thought (agonised) about being a priest. But my faith turned out to be brittle and just an adolescent passion – maybe I read too many books (Dostoyevsky’s 'The Brothers Karamazov’ was a big influence) – and by the time I was 18, 19 I had lost any interest in religion.

I mention this part of my background to show that my attitude to religion isn’t one of „contempt prior to investigation” as the Big Book says of some people – in fact, I know well the religious impulses and feelings, having once experienced them.

As life went on, I started drinking. At first it was normal, social drinking, based on parties, girls, friends, the usual things for young men. In my 30s I became more melancholy after various heartbreaks with women and started drinking heavily, often alone. By the time I was 44 I was drinking mechanically, like a robot, and it was now an empty experience. I turned to AA in desperation. On the one hand, I had misgivings about the religious nature of most people in the programme (this is as true of AA in a huge, otherwise secular city like London as it is of Polish AA.) This was in stark contrast to my non-AA life, where almost everyone I knew had grown up secular or was a lapsed Jew, Anglican or Catholic like me. But on the other hand, after a single meeting in July 2005, I completely lost the desire to drink, and I will always be grateful to AA for changing my life for the better.

I took on commitments and got a sponsor. I was enthusiastic. But I was always aware of most people’s casual assumption that there is a god, and found it hard to adopt a belief in a higher power helping me towards sobriety. Like many in this position, I settled upon AA itself as my higher power – I mean the members who had empathy with me and who were helping me. After five or six years of this, having done the 12 steps and become a sponsor for people (who were mostly agnostics and atheists), I realised I was mostly enduring the religiosity of our movement and wasn’t always getting what I needed to thrive. I was too often sitting silently at the back of the room, trying to tolerate what was – to me and a minority of other AA members – sometimes nonsense.

I think being in AA should include having a strategy for sharing my own 'strength, hope and experience’ in meetings, even when the topic being discussed is God. It isn’t productive to angrily challenge what is being said by others in the meeting, and yet there is more to our sobriety and more to Alcoholics Anonymous than merely learning how to blend in. Some of you may know the despair that can accompany having to choose between pretending to fit in and being ostracised by the people around you.

So, with a friend, I revived the mini-tradition in London of meetings for agnostics, atheists and 'freethinkers’ by setting up meetings for such people in north and east London. They are still flourishing and new ones which are nothing to do with me have also now formed in different parts of the city. In 2018 the General Service Conference of AA in North America voted to adopt the British conference-approved pamphlet, „The God Word: Agnostics & Atheists in AA.” It was translated into French and Spanish from the original English. I’m proud to say this pamphlet, which is now eligible for AA meetings all over the world, was largely the work of the small group I helped to set  up in Islington, north London on Thursday nights. We lobbied AA for a few years about it and eventually won.

In our meeting formats and in our general tone we try to be accepting, encouraging and supportive of anyone looking for a solution to their alcoholism irrespective of what they believe or don’t believe. I appreciate that it is much easier to set up a meeting for non-religious AA members in a huge, cosmopolitan city than it would be in, say, Opole, Poznan or Krakow. There is no shortage of newcomers coming to our meetings.

But I also attend 'mainstream’ meetings, where most people seem to believe in a god. Some are dogmatic about this (a minority – there are also, of course, dogmatic atheists who won’t engage in a dialogue with those who don’t share their views), but most people are friendly to me and accept that I’m secular. Occasionally I’m told point-blank by a religious fundamentalist that if I don’t find God as my higher power I’ll eventually get drunk. I just graciously decline their offer to help me. They have their opinion, I have mine, there’s no need for me to respond angrily. I sometimes point out that the AA headquarters in England (in York) completely accepts the legitimacy of the secular meetings we have set up. I’m strong and secure in my agnosticism. Nobody is going to marginalise me. We’re all in this together, all recovering alcoholics who face similar daily challenges of living a sober way of life.

Frankly, for 14 years I’ve seen AA sometimes – often – being ineffective even for those who strongly believe in a traditional god. This is probably due to the large amount of mystification that usually comes with AA’s message. The difficult parts of our process of sobriety, such as the unruly will, the unmanageable life, the dilemma of our powerlessness and our residual character defects are just 'turned over’ to a supposedly loving god (a god who it seems chooses to make some alcoholics sober and leave others to carry on drinking ruinously.)

I thoroughly accepted Step 1, I surrendered. This broke the vicious cycle that happened when my own ideas about correcting a bad situation only made things worse. But ultimately, even believers need a more precise understanding of the solution than “Let go and let God.”

AA, I suggest, can sometimes benefit from greater clarity regarding down-to-earth strategies. For many, belief in God is a catalyst in a process that makes sobriety possible, but the process itself is all about tapping into “human power.”

Viewing AA’s solution as “God doing for us what we could not do for ourselves” is to accept magical thinking. I cant’t accept it (not in an arrogant way, I hope. ) More relevant to me is the empathy one gets at AA meetings, the actions taken under the 12 steps, the social co-operation. This is all the work of „human power,’ ordinary people. It has nothing to do with a supernatural entity. All the resources necessary for sobriety are already in the possession of men and women.

If for you God is the answer to helping you get sober, that’s fine by me, and in fact none of my business anyway. But for me and for so many others the most important and salient assets AA has are in-depth identification, a sense of community, pragmatic wisdom about addiction, and sometimes just having something to do something that doesn’t involve using alcohol or drugs.

I’m not really interested in religion, I’m not even that interested in 'spirituality’ – I don’t really know what that word means, I never have. I just want to keep up this sober life which most of the time gives me peace of mind. I’m in AA for the same reason as you are, whether or not you have religion.

I hope a time will come when non-believers aren’t a subgroup that is grudgingly tolerated – in Poland, in London and elsewhere – but instead are regarded as people who show AA is more concerned about being properly effective than about preserving AA orthodoxy.

The best way to make realise people realise that us non-believers aren’t working against AA or practising Satanic animal sacrifices at night is to share a positive message of recovery that everyone can relate to; to share one’s experience, strength and hope in a manner that invites an empathetic understanding of how atheists and agnostics experience AA; to form friendships where you can, focusing on similarities and responding to differences graciously; to aways assume that there is someone in the meeting who needs to hear that they are not the only one who feels the way they do; to do service at meeting level and perhaps beyond; reach out to newcomers of the same gender, simply reassuring them they’re not alone; embody an attractive version of recovery, remembering the phrase 'attraction, not promotion.’ Use humour, if you’re good at that. This puts people at ease, especially self-deprecating humour.

Finally, let’s suppose the word 'spirituality’ is meaningful. I discovered that my addiction wasn’t a by-product of alcohol abuse, it was 'a false filling-up of spiritual emptiness.’ It was 'a set of protective repetitions designed to eliminate difficult feelings and choices.’ (I’m quoting a writer friend of mine who wrote a very good book about heroin and alcohol addition.) My friend continues: „If it is a disease of More, than at last I am Enough. I’ve stopped taking life so personally. I’m not so plagued by shame and self-hate.’ What he really wanted in his years of drugging and drinking, he now realises – and I realise too – was connection and love. I’ve had those two things in AA, with both non-believers and religionists. I hope you get some too.

I encourage you to read other articles and website AAAgnostic.org 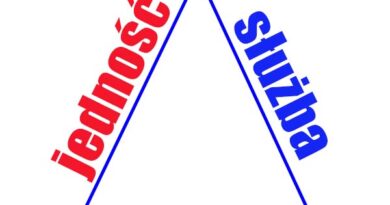 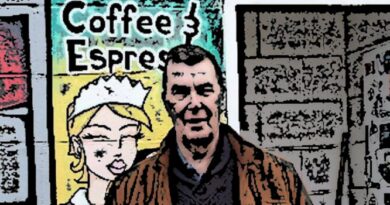 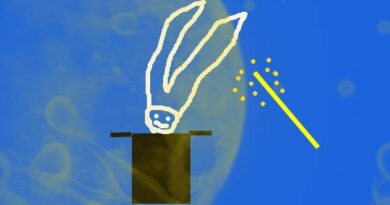 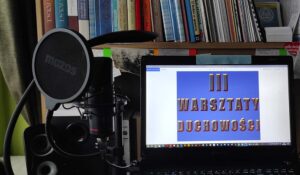 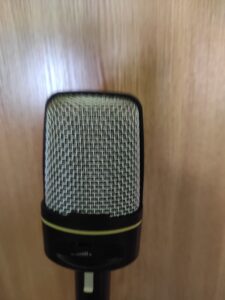 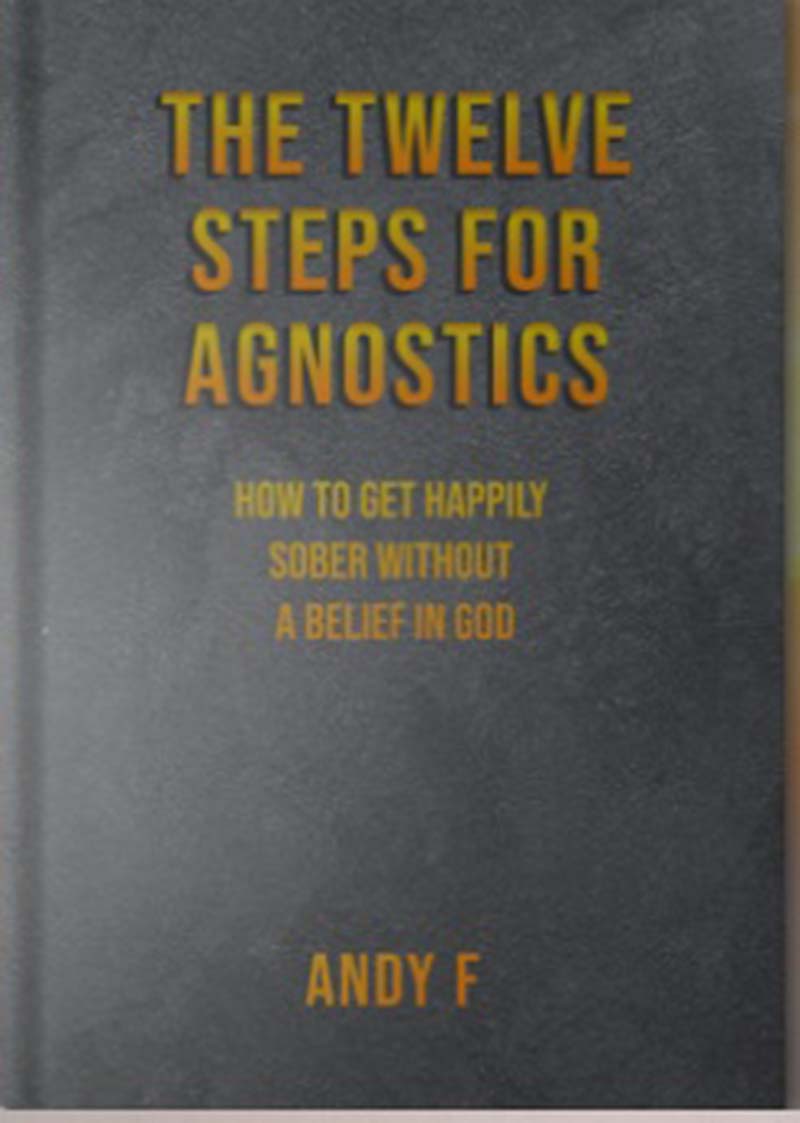